In my mailbox July 26 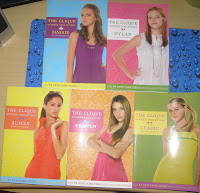 I only got one thing in the mail this week and i got that from a contest.

I won all five book. So that's all i got this week.
Posted by Jordan Perryman at 3:19 PM 4 comments: 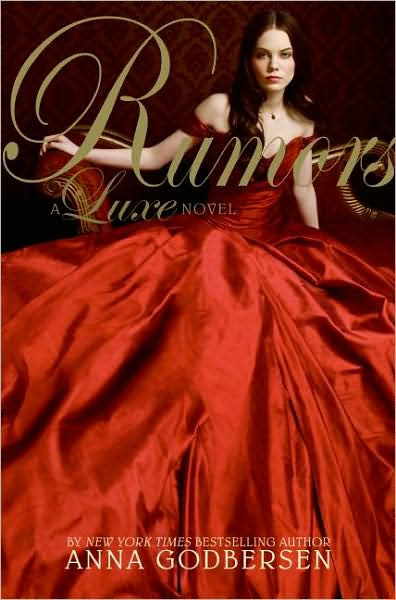 Summary - After bidding good-bye to New York's brightest star, Elizabeth Holland, rumors continue to fly about her untimely demise.
All eyes are on those closest to the dearly departed: her mischievous sister, Diana, now the family's only hope for redemption; New York's most notorious cad, Henry Schoonmaker, the flame Elizabeth never extinguished; the seductive Penelope Hayes, poised to claim all that her best friend left behind - including Henry; even Elizabeth's scheming former maid, Lina Broud, who discovers that while money matters and breeding counts, gossip is the new currency.
As old friends become rivals, Manhattan's most dazzling socialites find their futures threatened by whispers from the past. In this delicious sequal to The Luxe, nothing is more dangerous than a scandal.... or more precious than a secret.


Review - Rumors was so much more than I ever expected it to be. The story was absolutely amazing. It kpet me wanting more and threw me a curveball right at the end. I absolutely hate Penelope now! She is such an evil *#@&! I couldn't believe all the things that she did! Now I can't wait to read Envy to see what Di and Elizabeth do to her. I really hope she gets whats coming to her! Also Lina, or excuse me Carolina, most of it is all her fault cause she is so greedy and wants everyone to like her so much she doesnt care who's life she ruins. I couldnt imagine living as Diana or Elizabeth with all of the things that they have both had to put up with. I do have to say that I love Anna Godbersen's writing style. She puts so much into her stories. Sometimes there are things I dont quite understand but overall its amazing.

Ending - 5 Stars - Deffinitely gives it that OMG factor!!!
Posted by Jordan Perryman at 2:48 AM No comments: 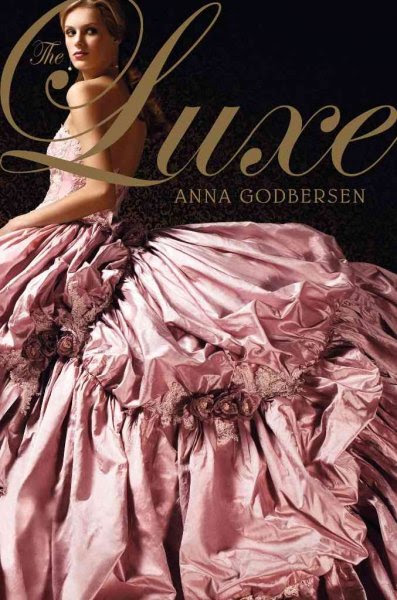 Summary - (from Barnes and Noble)

Beautiful sisters Elizabeth and Diana Holland rule Manhattan's social scene. Or so it appears. When the girls discover their status among New York City's elite is far from secure, suddenly everyone—from the backstabbing socialite Penelope Hayes, to the debonair bachelor Henry Schoonmaker, to the spiteful maid Lina Broud—threatens Elizabeth's and Diana's golden future.

With the fate of the Hollands resting on her shoulders, Elizabeth must choose between family duty and true love. But when her carriage overturns near the East River, the girl whose glittering life lit up the city's gossip pages is swallowed by the rough current. As all of New York grieves, some begin to wonder whether life at the top proved too much for this ethereal beauty, or if, perhaps, someone wanted to see Manhattan's most celebrated daughter disappear...

In a world of luxury and deception, where appearance matters above everything and breaking the social code means running the risk of being ostracized forever, five teenagers lead dangerously scandalous lives. This thrilling trip to the age of innocence is anything but innocent.

Review - The Luxe was completely riveting. It combined mystery, betrayal, and romance. The love hexagon (as my brother calls it), in this book is so confusing. The main character loves someone that she cant but is engaged to another man. Her fiance finds himself falling in love with someone very close to her and was in a previous relationship with her best friend, though she hasnt quite been informed that its over. Once she finds out about their engagement she sets out to ruin her best friend in any way possible, using any information she can buy.....

Throughout the whole book I wanted to know what was gonna happen next and at the end you get the biggest shock that you never saw coming, I recommend to anyone who enjoys a good romance, drama filled story, this is the one for you.

Posted by Jordan Perryman at 2:23 AM No comments:

I finally got my internet back and now I can keep updated. My brother has been getting into reading again and he has decided to do a review for my blog so here it is.. 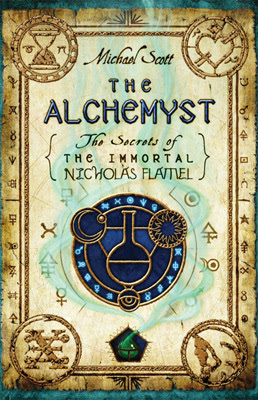 Review - The Alchemyst surprised me. I saw it glancing through the local library and picked it up. The action starts immediately and is fairly constant. Every mythical being is tied into the story and gives good explanation to all details. Another thing I liked was there were sections in each characters view point, overlapping each other and giving some detail that wasn't told in the previous section.
The characters were all very well described and all of their personalities had something relatable in them. The story was great, taking an entire book to explain two days of events, it may seem drawn out, but was done very well in my opinion. A must read.

Ending - 4 Stars
Posted by Jordan Perryman at 1:46 AM No comments:

Reasons for no posts

Sorry guys that i havent been keeping up with everyone or posting anything. I currently dont have internet at home so I cant do much. Right now im using my gpa's computer so. Hopefully Ill get it back soon. I have been reading alot though so just be patient.

THanks
Jordan
Posted by Jordan Perryman at 9:04 PM No comments: